The lack of supply in Portugal is one of the factors to take into account so that house prices do not fall in the near future, even in a scenario of uncertainty and an expected drop in sales. For those who want to take this step, the advice is simple: if the bank doesn’t give you much, lower your expectations, choose a smaller house or away from the center.

Rise in interest rates, fall in purchasing power, restrictions on home loans. The perfect storm for home buyers is brewing. For the time being, the effects are not yet felt by the main real estate networks in Portugal. But no one rules out a scenario of a break – or in the best case of “stabilization” – in the number of transactions in the coming months.

“The market will cool down. It’s normal,” summarizes Ricardo Guimarães, director of Confidencial Imobiliário. The advisor estimates that 37,900 homes were sold in Portugal from June to August, down 8% from the first quarter result.

However, those responsible for Century 21, Keller Williams (KW) and Era assure CNN Portugal that the company’s results, at least through August, are growing compared to last year – including double digits. But they do not hide that the coming months could bring changes in the balance sheets.

“The market is resilient and there is no panic. It makes sense that there could be a small contraction from now on,” said Rui Torgal, general manager of Era in Portugal. Ricardo Santos, who leads Century 21 in Portugal, says that “the stabilization of the market is inevitable”.

At KW, Eduardo Garcia e Costa says, “growth remains very strong, but has slowed down in the last four months”. “The great certainty is that demand will decrease. The big uncertainty is what will happen to the supply,” he adds, given the current context.

Several warning signs have emerged from the market. According to the Bank of Portugal, the number of bank ratings fell for the third consecutive month in August and home loans experienced the first slowdown since October 2020.

And if 43,607 homes were traded in Portugal between April and June (4.5% more year-on-year), “the number of transactions fell in June for the first time since February 2021,” the INE warned.

Warning bells seen unsurprisingly by the real estate sector, not least because the last few years have seen exceptional growth. “The market has grown enormously in the past two years. Any correction that can now take place is not surprising. If I didn’t correct it, it would be strange,” says Gonçalo Nascimento Rodrigues, real estate finance adviser.

Are house prices going down? Don’t count on it

If there are fewer sales, house prices will eventually fall. This would be the first thought of those evaluating the purchase, in the current context. But the best thing to do is ‘get the horse out of the rain’: houses are not getting cheaper despite the uncertainty.

And there are three factors that explain this future prospect: lack of supply, the reduced return on deposits causes more Portuguese to invest their savings in real estate and foreign interest rates grow. From April to June, foreigners bought 2,783 houses in Portugal, representing 6.4% of total transactions.

The law of supply and demand then does its part. According to Confidencial Imobiliário, there were only 39,000 homes for sale in Portugal during the summer, the lowest figure in the past 15 years. Before the pandemic, there were about 60 thousand.

“My expectation is that the reduction in demand will not be enough to lower prices,” says Ricardo Guimarães. The houses may not be worth that much, he says, but they won’t stop this trend.

And the numbers help confirm it for now: in the second quarter of 2022, houses were 13.2% more expensive than a year ago, according to the INE. Brokers indicate that the average value per trade is also higher. “The gap between supply and demand, even with this small contraction, will not cause prices to slow down,” emphasizes Rui Torgal da Era.

The market does not expect any reinforcement of new construction, not least because the rising costs of materials make this investment less and less interesting for companies. In this way, the possible effects of uncertainty caused by rising inflation and interest rates are camouflaged. The logic is simple: if there is not enough supply, there will be more pressure on prices – and therefore less room to fall at the expense of uncertainty. 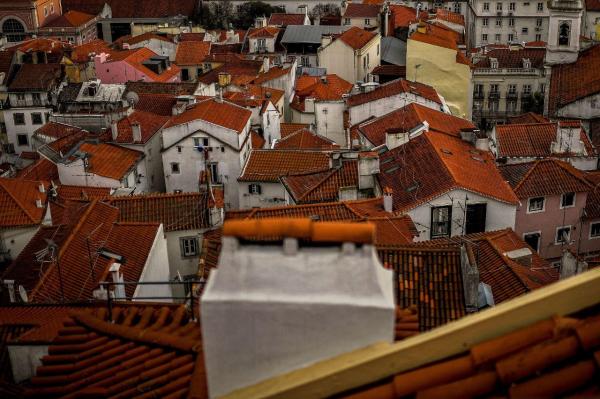 I want to buy a house. How do I adapt to climbs? lower expectations

Rising interest rates affect the amount that households can borrow from banks. If the interest weighs more heavily on the total pie, and without changing the effort rates, only one solution remains: to pay the same maximum installment, they must reduce the amount effectively allocated to the purchase – what more aggregates without access should leave to loans. .

“If they start paying more for credit, they can only pay less for a house,” sums up Gonçalo Nascimento Rodrigues, a real estate finance consultant. And how do you do that when the prices are still high? Lower expectations. This is already happening with customers, who are becoming increasingly anxious, looking for real estate networks.

“People can even delay their decision to buy a house. But there is a limit. What we are seeing is a greater need for people to move away from major urban centers,” explains Paulo Caiado, President of the Association of Real Estate Professionals and Companies of Portugal (APEMIP). In Lisbon, the search takes place in, for example, Sobral de Monte Agraço, Torres Vedras or Lourinhã.

In addition to increasing the search radius, it also decreases the size of the house. “We’re refocusing your preferences,” says Century 21’s Ricardo Sousa.

It’s been 30 years and texting is different. What has changed? – Gift

Rules for renegotiating housing loans are already in effect. What you need to know – Credit

China locks down the city where iPhones are made

If you want to invest, is it better to have a...

moratoria in response to exercise rate

Something Awesome Happens When You Use Banana Peel as an Ingredient

Old-age pensions are heavily penalized and amount to only 38% of...

Portuguese company wants to be the first in the world to...

ABOUT US
Any information published on this website is not intended or implied to be a substitute for professional medical advice, diagnosis or treatment. All content, including text, graphics, images and information, contained on or available through this website is for general information purposes only. You should not take any action before consulting with a healthcare professional.
Contact us: [email protected]
© Copyright Arthelius 2022
We use cookies on our website to give you the most relevant experience by remembering your preferences and repeat visits. By clicking “Accept All”, you consent to the use of ALL the cookies. However, you may visit "Cookie Settings" to provide a controlled consent.
Cookie SettingsAccept All
Manage consent

This website uses cookies to improve your experience while you navigate through the website. Out of these, the cookies that are categorized as necessary are stored on your browser as they are essential for the working of basic functionalities of the website. We also use third-party cookies that help us analyze and understand how you use this website. These cookies will be stored in your browser only with your consent. You also have the option to opt-out of these cookies. But opting out of some of these cookies may affect your browsing experience.
Necessary Always Enabled
Necessary cookies are absolutely essential for the website to function properly. These cookies ensure basic functionalities and security features of the website, anonymously.
Functional
Functional cookies help to perform certain functionalities like sharing the content of the website on social media platforms, collect feedbacks, and other third-party features.
Performance
Performance cookies are used to understand and analyze the key performance indexes of the website which helps in delivering a better user experience for the visitors.
Analytics
Analytical cookies are used to understand how visitors interact with the website. These cookies help provide information on metrics the number of visitors, bounce rate, traffic source, etc.
Advertisement
Advertisement cookies are used to provide visitors with relevant ads and marketing campaigns. These cookies track visitors across websites and collect information to provide customized ads.
Others
Other uncategorized cookies are those that are being analyzed and have not been classified into a category as yet.
SAVE & ACCEPT